And so it goes, my classy home-wrecking friend,
I’m here, late at night, checking out Facebook again.
I hope you’ve been practicing for ‘HomeWrecker of the Year’…
They don’t hand that title out to just anyone, my dear.

Let’s see. Wisdom about cheaters, or tacky stripper shoes?
(Not that you draw distinctions about whose is whose)
Let’s see if you can maybe get the judges attention:
Perhaps a meme about morals is something you could mention.

A good start, H Dubs! But award worthy? It is not.
You’re not gonna win until you find that sweet spot.
Just stay in your wheelhouse, and do what you do well.
Be ironic. Post crazy. Show ‘em you can’t spell. 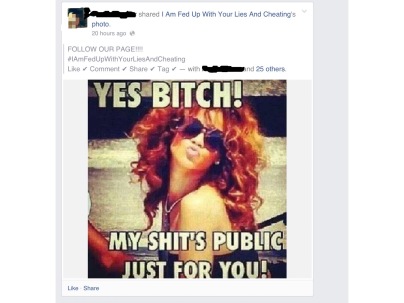 Excellent form, HomeWrecker, pulling this from the back of the deck.
(And you can’t blame me for looking, your life’s a sordid wreck).
Plus, the winner’s never crowned on mere cruelty alone.
They need handwritten lovenotes from married men on your phone… 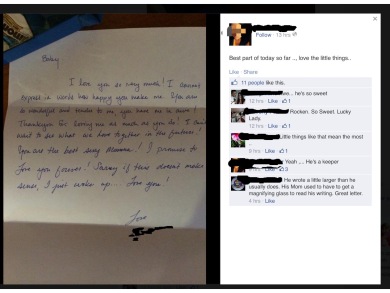 Now we’re talking, my pole-grinding friend!
You guys are just amazing. A love none comprehend!
But…I’ve gotten dozens of letters just like this one from your man.
Wrap your duck-faced head around THAT one, if you can. 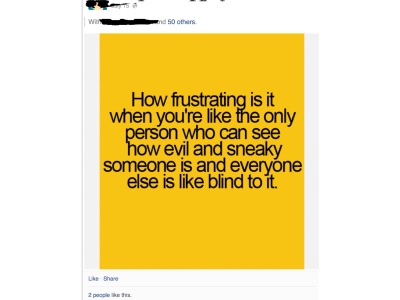 Oooo, now we’re talking, you one woman wrecking crew!
This is the kind of crazy I’ve been expecting out of you.
What kind of tacky post could top this awesome treasure?
Maybe something about a penis…and cheating…and some way to measure? 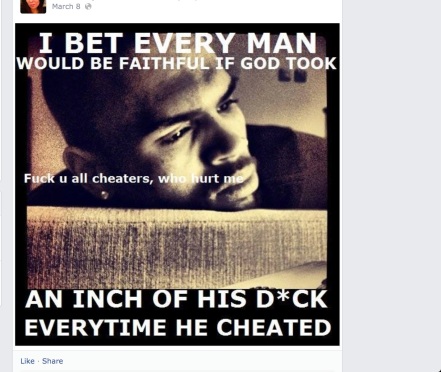 BOOM. Nailed it. This is the best you’ve done all week.
I love the grammatical nightmare you added right across his cheek.
Who says you can’t teach an old dog new tricks?
You knocked it out of the park with a meme about dicks! 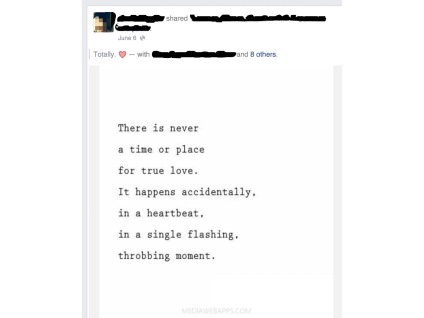 What’s this? A late addition? Color me impressed.
You had me at ‘throbbing’, we can disregard the rest.
But wait…I think ‘accidental’ appeared in one other post.
Let’s take a look and decide which one sucks most. 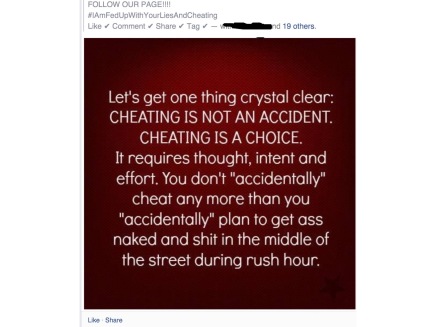 BAM!!!!! HomeWrecker’s post about cheating and shitting for the win!
Your prize is a crappy partner, STD’s, and a box of cheap zin.

Instead of trying to figure out how love’s ‘an accident’, and then how ‘it’s not’…
I’ll just be grateful your brand of logic isn’t something that I was taught.