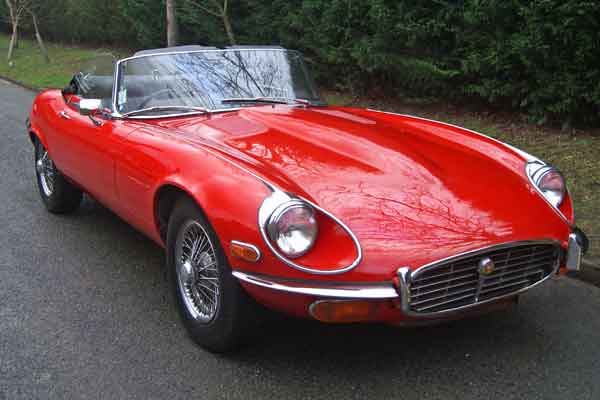 Not guilty by reason of awesomeness.

Can any among you imagine living in a world where the asinine justifications used by adulterers were similarly used to defend other high crimes and misdemeanors? Let’s take a look-see at at how these jokers would fare using their buffet of excuses in a criminal courtroom.

Judge: The 39th Superior Criminal Court is now in session. First case on the docket: Mr. Hutchins, you stand accused of the crime of auto theft. How do you plead, sir?

Hutchins: You had NO RIGHT to go through that traffic cam footage. You’re…untrustworthy.

Judge: Pardon me? Sir, I would advise that we reschedule this hearing so that you can show up with competent counsel…

Hutchins: Well, if you hadn’t acted like what I did was some crime, we could be discussing this in a civil manner. Why is it that you think you’re allowed to play judge and jury to the private goings-on in my life? You sit in your self-righteous tower!

Judge: I’m not playing judge, I am a judge. And this? This is a criminal court where you stand accused of –

Hutchins: (interrupting) People like you with small minds just want me to live in captivity. I have evolved beyond the labels you’re trying to oppress me with.

Judge: The concept of breaking the law has not evolved beyond my comprehension, sir. So let’s get back to addressing that, because that is why we are all here today.

Hutchins: Why is this all about some supposedly victimized car owner, huh? People have been taking other people’s cars since cars were invented. ‘So if we are to shed new light on one of our oldest behaviors, we need to examine it from all sides.’ (Perel, E. 2017)

Judge: This court only cares about one side, sir. The victim’s side. In this court, we don’t blame the victim. It appears from your responses that you lack anything remotely resembling empathy.

Hutchins: Oooo, what’s empathy? Is that the name of that cool new raw foods restaurant in Hollywood where Jada Pinkett-Smith always hangs out?

Judge: Uh, no. Empathy is the capacity to understand or imagine feeling what another person is experiencing from within their frame of reference, sir. So, nope. Not a raw foods restaurant.

Hutchins: Oh, I’ve got that! I have empathy for the fact that taking his car may have been ‘painful and destabilizing’ (Perel, E. 2017), but…once the owner accepts their part of the blame, it may also be ‘liberating and empowering.’ (Perel, E. 2017)

Judge: You believe the owner who parked their vehicle and locked it in good faith is somehow to blame in this matter?

Hutchins: Well, yes. Everyone knows two people are responsible when an auto has been taken. Schmoopy told me he doesn’t drive her nearly as often as she’d like.

Hutchins: I like to think I speak on her behalf. I know what she needs in a way that her owner never will.

Judge: Do you honestly believe the owner of the car felt ‘liberated’ or ’empowered’ when they walked outside and found their vehicle missing? And…wait a minute. Who exactly is Schmoopy?

Hutchins: The Jaguar I took. I named her after my childhood cat Schmoopy. Get it? Jaguar? Cat? Anyway, it’s a funny story. Schmoopy wanted to go down the coast for some sashimi and oyster pepper shooters, but there’s this great Jewish barbecue pork gastro-pub in Beverly Hills I wanted to try. True story, it was founded by the lead singer of that band Bubba Made a Kishka –

Judge: (interrupting) I have no interest in hearing about your late-night tryst with …’Schmoopy’. Bailiff, would you please come over here slap me as hard as you can across the face? I feel like I’ve fallen down the rabbit hole and talking pocket watches are going to start tap-dancing soon.

Hutchins: I’m not crazy, your honor. You’re crazy. What Schmoopy and I shared is beyond your petty comprehension. We threw off the shackles of automotive fidelity in ‘an exuberant act of defiance!’ (Perel, E. 2017)

Judge: (exasperated) I’m not even clear on why it is you stole this car. Records show that you’re a well-off man, Mr. Hutchins.

Hutchins: I just don’t want the traditional obligations of car ownership, but I want to experience other motor vehicles. I’ve had to suffer through the monotony of having the same Porsche for years. But I always wondered ‘What it would be like to be inside a Jag?’ Taking Schmoopy for a ride was simply ‘the revenge of the deserted possibilities.’ (Perel, E. 2017)

Judge: No, it was simply felony theft.

Hutchins: What you lack is sophistication about the modern condition. Don’t you know that it’s 2018, and that people have every right to try to find their bliss? I am an original! I am special! Unique! No one can tell me whether I can or cannot dabble in the ‘otherness’ of another motor vehicle, whether it’s a ride-on lawnmower, a sports car, or even an 80’s style passenger van. Like those ones without any windows and airbrushed paintings of eagles and shit all over ‘em?

Judge: I’m gonna stop you right there. Here’s an easy litmus test about the law that requires no nuance or sophistication, as you put it. First, does it belong to you?

Judge: Second, do you have consent to touch it, take it, or drive it?

Judge: (interrupting) And third, do you therefore understand this means you are COMPLICIT TO AN AUTO THEFT, SIR?

Hutchins: Pfft. Look, you are clearly too simple to understand. I would never actually BE with a Jag, like, for the long term. I’m merely ‘leveraging my social power.’ (Perel, E. 2017)

Judge: What in the world does that even mean? That’s word salad. It’s nonsense.

Hutchins: It makes sense to someone enlightened, such as myself.

Judge: Sir, you had better enter your plea in the next 10 seconds or I will have the bailiff remove you from this court with extreme prejudice.

Hutchins: Not guilty by reason of experiential self-love. You can’t punish love, I mean am I right?!

Judge: As much as I’d love to spend the next hour castigating you into a small pile of dust on the courtroom floor, it would only be received by more of this mind-numbing blame-shifting. I’m already on the verge of losing my waffles.

Hutchins: Taking Schmoopy for a ride was nothing short of an ‘expansive experience that involved growth, exploration, and transformation’ (Perel, E. 2017) So I’m not sorry that it happened. And neither should the owner be.

Judge: So happy to hear the victim’s devastation was a personal growth experience for you. Are you actually suggesting that the owner should be…thankful to you for stealing his car?

Hutchins: Well, yes. Real conversations about her unfulfilled desires can happen now! Car theft can teach us a lot about car ownership—what we expect, what we think we want, and what we feel entitled to.’ (Perel, E. 2017) They’ll be closer after this, you wait and see.

Judge: Alright. We’re done here. I’ve had my fill, sir. I hereby sentence you to 4 years imprisonment and a $10,000 fine. Soon enough, you’ll be making custom license plates for rich car owners just like the one you ripped off. Let the irony of that soak in.

Hutchins: This is ridiculous! I don’t accept it. I hereby decree that I’m not guilty by reason of awesomeness. Now if someone would be so kind as to bring my car around, I’ve got a date with a combine in a field near here.

Judge: Bailiff? Please turn the dial on your pepper spray all the way up to ‘delusional narcissist’ and get this man out of my courtroom.

Be sure to tune in next week for the dismantling of another cheater apologist chronicle entitled ‘Hey, that’s my burrito.’ Until then, cheers!

Perel, Ester. 9/11/17. While I will acknowledge Ester Perel’s words, I will NOT be party to linking you to her original works. Instead, I will link you to a blog which quotes her directly while also describing just how much she sucks (sorry, there’s some bad language but it’s a good read). Behold, another great article dismantling the cheater apologist narrative: Retrieved from http://thesubjectsupposedtoknow.us/on-esther-perels-awful-defense-of-adultery/