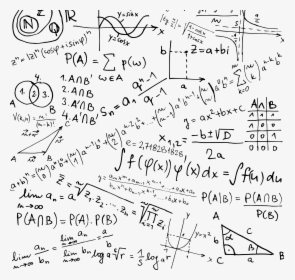 If you’re a parent, can you imagine not visiting your children in 8 years? Neither can I. Neither can most people with a pulse.

For parents who abandon their kids and never look back, indifference is par for the course. It’s not unusual at all, because that parent’s character has clearly been established to be garbage to begin with by nature of their abandonment. We have no expectations out of the deadbeat who went out for milk and never came back. But what about someone who never came back who claims to LOVE their children? I think we’d all agree that makes absolutely no sense whatsoever. The math is bad from the start.

Walk through this with me, if you would. Let’s say this applied to a different kind of love relationship. If you were in a long distance romantic relationship with someone who claimed to love you, but never once in eight years did that person get on a plane to come be in the same room with you, would you conclude that their version of the word ‘love’ isn’t…normal? Would you logically deduce that whatever form of love that is – even if it was based on something sincere that the person actually felt – is not the real kind of love you can base a life on, base a family on, or base a marriage on? Of course you would, because love is a verb. It’s a doing-word. It shows up. In fact, that’s a pretty standard minimum requirement. So any person caught in that bastardized version of love should wisely cut their losses, because the math is bad. What they have told you and what they have shown you DO NOT ADD UP.

But this situation with Honey and my children is about parental love, not romantic love, so…shouldn’t that be even stronger? Shouldn’t that be the kind of love that lifts a car off of their son or daughter after a crash? The kind that leaves romantic love in the dust in its intensity? Shouldn’t it be the type of love that supersedes all others, crosses boundaries and oceans and continents to be reunited? The kind that would even kill for or die for those kids in certain circumstances? The kind that, at the very least, gets on a damn plane?

Whenever one of the kids finally breaks down and confronts him about his ‘extended absence’, he tells them he’s ‘saving for a plane ticket’. Give me a break. If he threw 4 quarters into a jar every day for a year, he’d have enough. That tired excuse is so much worse and does so much more damage than no promise at all.

The kids take turns being in gut wrenching pain over their dad. It’s baby girl’s turn at present. She came to me this week and told me she secretly wonders if her dad is on the planes we see going over our neighborhood. That every time one goes by she wonders if that’s the one he’s going to be on. She has been waiting for her dad for 8 years. I don’t think she should hope for that anymore. The man isn’t coming, but I don’t know how to tell her that. How do I know? He’s proven it carefully and painstakingly over a very, very long period of time.

Parental love should do many things, but it should not be so obscure that a child can’t even figure out if it exists. They keep hearing the words, but they don’t see the corresponding actions.

If you claim you love your kids, shouldn’t that love protect? How are you gonna protect anyone from 1900 miles away?

Shouldn’t it be caring? How are you gonna demonstrate that you care if you never, not even ONCE, stayed up with them through their cold or washed their dish or held their hand?

Shouldn’t it be selfless? What could be LESS selfless than not finding a single minute to visit them out of the last 4,204,800 minutes? Yes, I Googled how many minutes are in 8 years.

So doesn’t it stand to reason that in order for it to be REAL it needs to be PRESENT? Because the last thing the children feel after the plexiglass screen goes dark once again is your love.

Eight years, and I still don’t get it. I will NEVER get it.

How about this equation? Empty promises multiplied by 8 years equals an ABSENCE OF LOVE. I’m sorry if you don’t like my math, but unlike you, these numbers don’t lie.