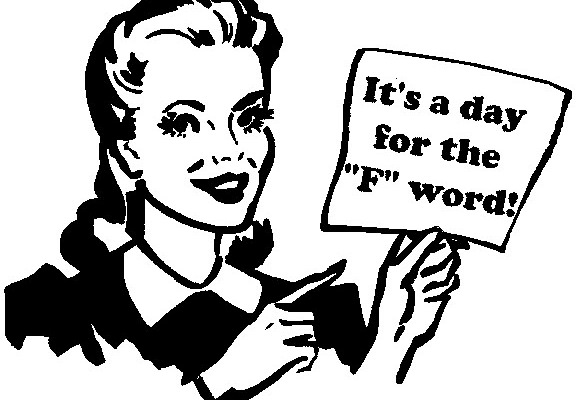 Forgiveness, to me, is a four letter word. For the last 2 1/2 years, I’ve been referring to it as the F word, incapable of forming the actual sounds and syllables with my mouth lest I wildly vomit at the utterance of its name.

I’d like to take the F word out back and shoot it point blank in the face. I want to print the word off, tape it to a mannequin, and uppercut it into a raging bonfire. I want to shove it, face first, out of a moving vehicle. No, a train. Oooo! Oooo! No. A HELICOPTER. Then, I could watch it fall helplessly, a look of shock on its face, arms outstretched in slow-mo like Hans Gruber falling off the Nakatomi Tower on Christmas Eve. Yes. THIS. 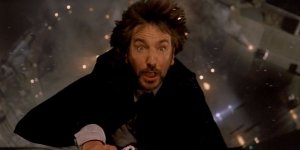 So when I got to my group therapy session this week and found out the subject matter would be the big ole F word, my primitive brain – thinking only of escape – envisioned running at full speed through the plate glass window to my right. Luckily the rational me thought better of it, seeing as how we were on the fourth floor of the building.

I took my seat, mouth agape at the horror of what was surely to come, one eye mildly twitching. As my terror reached its zenith, I thought ‘You cannot be serious. Get me out of this room, God, and I swear I’ll think about maybe thinking about doing some more thinking about forgiveness, maybe. But tonight, I just flat out don’t want to hear it.’

Which is, of course, precisely why I needed to. In my arrogance, I thought I knew what was about to happen. I was going to hear a whole lotta people tell me ‘The F word is your friend. You should invite it in, feed it some soup. Tell it your deepest darkest secrets. Cuddle with it on a cold day.” And I’d nod and smile, all while envisioning the F word meeting its untimely demise at the business end of my boom stick.

But that’s not what happened.  Instead, they acknowledged that reticence to dishing out the F word is normal, there’s nothing wrong with you, and they just wanted to give us some things to mull over. They started out by discussing what forgiveness is not. So here’s the basic message that was presented that night about the super-happy-fun-time subject matter that is the F word:

‘Hold the offense against them.’ That’s an interesting phrase, I thought. If it were a metaphor, Honey’s crimes could be viewed as a physical, tangible thing. I could choose to keep pressing this heavy object into his torso, or I could choose to put it down. I really wish I could put it down, actually. My arms are nothing but jello.

I’m angry. I’ve been angry for a long time, and I probably will be for a long time to come. But I don’t want to become an angry person, and I can see how that is a slippery slope indeed. As Desmond Tutu put it, ‘You should never hate yourself for hating others who do terrible things: the depth of your love is shown by the extent of your anger.’ Anger is a god-created emotion. It is necessary, and it is good. To borrow from a fellow chump whose husband cheated on her, ‘I hold anger in high esteem; it’s a signal that I know who I am.’

But the problem with anger -especially righteous anger – is that it fools you into justifying bad behavior. It tells you that the bitter, sarcastic text you just sent is somehow ok because, well, you’ve earned it. You’re right. And for this reason, being right can be dangerous.

And while that list they gave me was actually logical and helpful and far less koombaya-let’s-hold-hands-and-I’ll-just-pardon-your-atrocities than I thought it would be, there is one very simple and over-arching reason that I can’t seem to put this thing I’m holding against Honey down.

Consequences. Namely, Honey has never had to face any. He was gone too quickly to see any of the pain he caused. He never had to look any member of my family in the eye, or suffer awkward or painful moments of any kind. He simply moved to the other side of the country where he could invent an entirely new narrative, one which was never questioned by HomeWrecker. He enjoys a perfectly intact reputation among friends, both old and new. His family endorsed his horrific behavior within days of leaving us. He never had to slowly watch the realization on his son’s face of what happened, or watch me process what he’d just done to the family I’d so deeply suffered to give him. He didn’t have to pack a box or a dish, or help us move back to my home town for help. He just vanished with nothing more than a suitcase and a smile, moving right in with HomeWrecker and washing his hands of any of the thousands of responsibilities that were suddenly heaped on me in my destroyed state.

And in the years since, he’s acted like a non-confrontational robot when I mention the fallout the kids and I have suffered. Doing as you please and expecting a consequence-free life is completely unrealistic, yet that’s Honey’s mentality to a T. So that means, to him, I’m the problem. I’m pointing out things that no one else is, that no one else is making such a big deal about.

He will never understand the pain I see in the eyes of his babies, or the rage this produces in me on their behalf. So it’s certainly a no-win prospect for me to try to explain the harm he’s caused, and frankly, it’s just not my job anymore. If he can’t figure out on his own that it’s wrong to betray your spouse and abandon your post as parent, nothing I could say would make a damn bit of difference.

He’s now $30,854 behind in child support. Now, he’s taking me to court for partial custody so he can get his support payment reduced, and blames me in the legal action for ‘making it difficult to co-parent the kids’. First of all, that’s completely untrue. Second of all, I think the 2,300 miles is why he can’t co-parent his kids, because last time I checked, he can’t make his son or daughter dinner or take them to a doctor’s appointment from there.

So if anyone thinks I could pardon him for all of this, as well as for shaking his crying toddler off his leg with zero emotion to get out the door the day he left us, they are out of their ever-loving minds.

But…holding someone else’s crimes against them is exhausting. And what does that make me? A guard, or a prisoner? Does it really matter? Both have to spend all their time in a jail. And holding this heavy thing up all the time doesn’t leave room for growth in me, growth that comes from looking at my own deficiencies and fixing them, or from for helping others, or from improving our lives as a family. It takes up valuable mental real estate, and I can see that it’s taken its toll on me emotionally, spiritually, and physically.

No matter how much I would love to see some justice and some consequences befall him, I can’t live my life behind bars waiting for Karma to pay Honey a visit. I want indifference towards him, not emotional investment about what is or isn’t going to happen to him. And so as much as I’d like to shoot an arrow through the F word’s heart, the fact is, I just don’t want to work at this prison anymore. Too many neck tats for my taste anyway.

As I listened on, we got to a list about what forgiveness is.

Sigh. Lot of sense being made here. It was pissing me off something awful. I left there feeling completely scrambled, and also convicted. There’s been this gigantic, glaring elephant in the room that I’ve been pretending isn’t there, and after this session, I knew that it was finally time to face it.

God forgave me. God instructs me to forgive others. He doesn’t recommend it. He doesn’t suggest it. He directly tells me to do it in His word. Now, for non-believers, the entire concept that all people need to be forgiven by God may be a foreign one. It certainly was for me for the first 21 years of my life spent as an atheist who openly mocked Christians. But the longer I live as a believer in this fallen world, the more I see the biblical truth about the sin-nature of people all around me. And yes, that most certainly includes me.

Though my feelings scream ‘Run! Don’t you dare forgive him, he doesn’t deserve it!’…I have to remember that God forgave me when I didn’t deserve it, either. So my will can be set, despite the opposition of my feelings, on a course that is in line with my beliefs and God’s instruction.

I’ve been disobeying my father/creator/savior out of fear. Fear that what Honey did would somehow cease to matter if I forgave. That he would get a pass, just like has in every other area of life. But it’s not true. I can impute this offense into God’s care to be handled in His way, put this heavy thing down, and get some damn sleep.

Ok, here goes. This will be an act of sheer determined will, because my feelings are telling me to go have a Kylo Ren-style temper tantrum with a light-saber in my kitchen. Alright. Sigh. Let’s do this thing.

For your past atrocities against the children and I, I F you.

For your present insensitivities, F is the letter of the day, Big Guy.

And for your future ball-dropping and parental absenteeism, I’m gonna go ahead and give you a great big fat F.

Hey, it may not be pretty, but it’s the best I’ve got. While I’m dishing out pardons, I can’t forget there’s one more.

I forgive you for not knowing who you were married to. I forgive you for your less than kind responses to Honey this year. But it’s time to put it all down, baby girl. Be kind to yourself today, please. Play with the kids. Get a nap. And be happy.